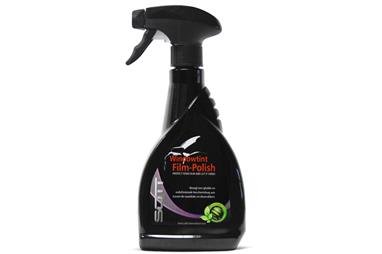 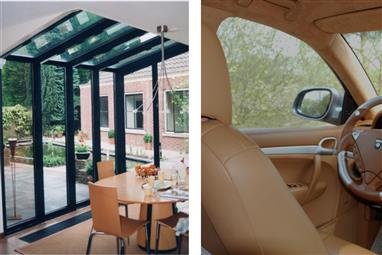 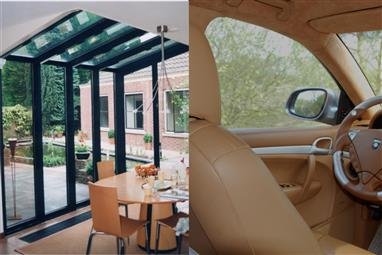 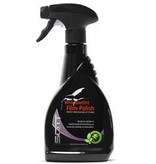 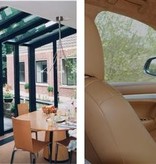 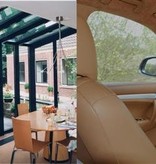 - Gives the film a protective sheen
- Offers an extra protective layer between the film and the window reveals.
- For interior use only

After the application of window film, the top layer often displays stripes and matt areas. These are just harmless traces of lime from the application fluid or simply small areas of dirt left by the squeegee. After a while, the film on wind-up windows may start to get scratched or scuffed by the dirt in the seals and felt in the window rebates. This can be fixed.

Film-Polish brings back the shine and leaves the film sparkling, as well as giving it a dirt-repellent protective layer.

Window film in cars
Ideal for use on the window film on wind-up windows, as the smooth protective layer allows the film to run more smoothly between the seals and the felt in the window rebates. This will prevent scratches.

Window film in buildings
Film-Polish gives large windows an impressive sheen as well as a dirt repellent layer. Not only that, after the film has been polished it has an incredibly ‘clean and tidy’ appearance - great for customer satisfaction!