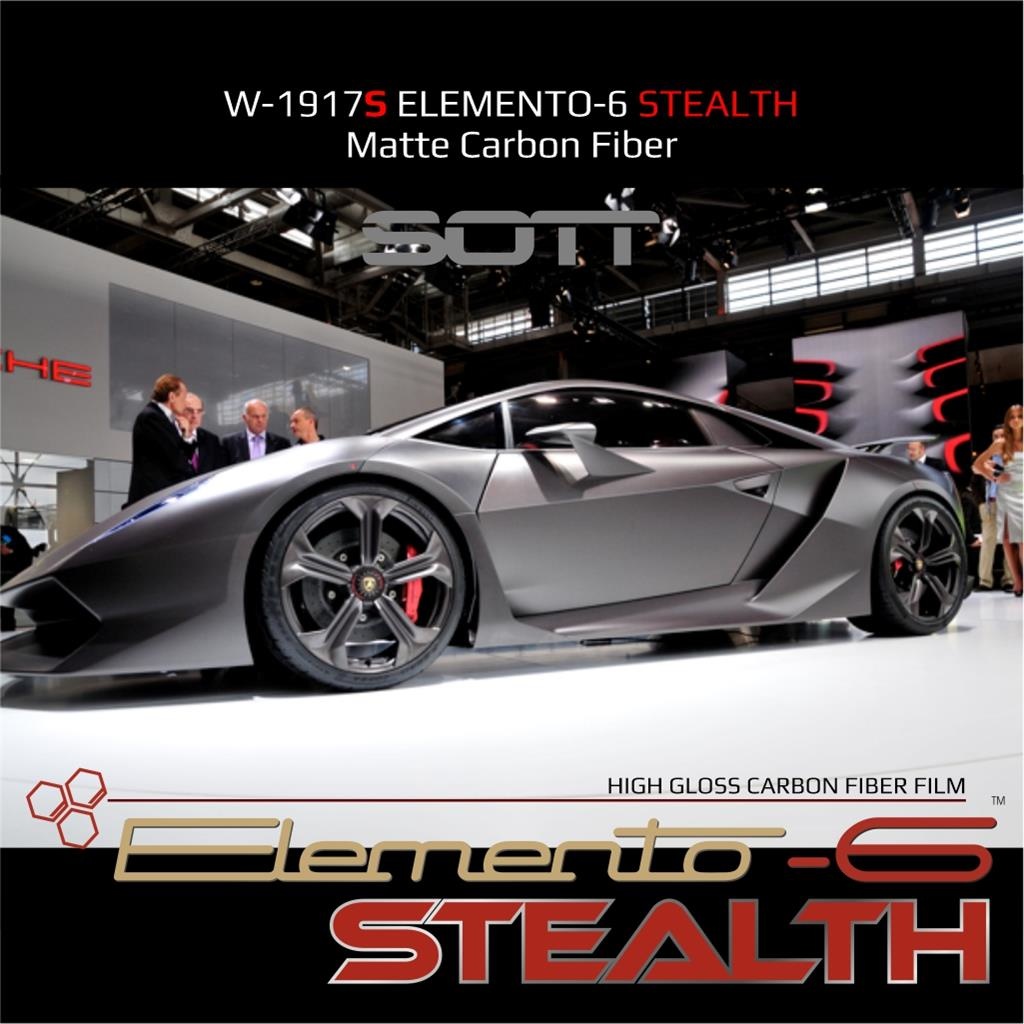 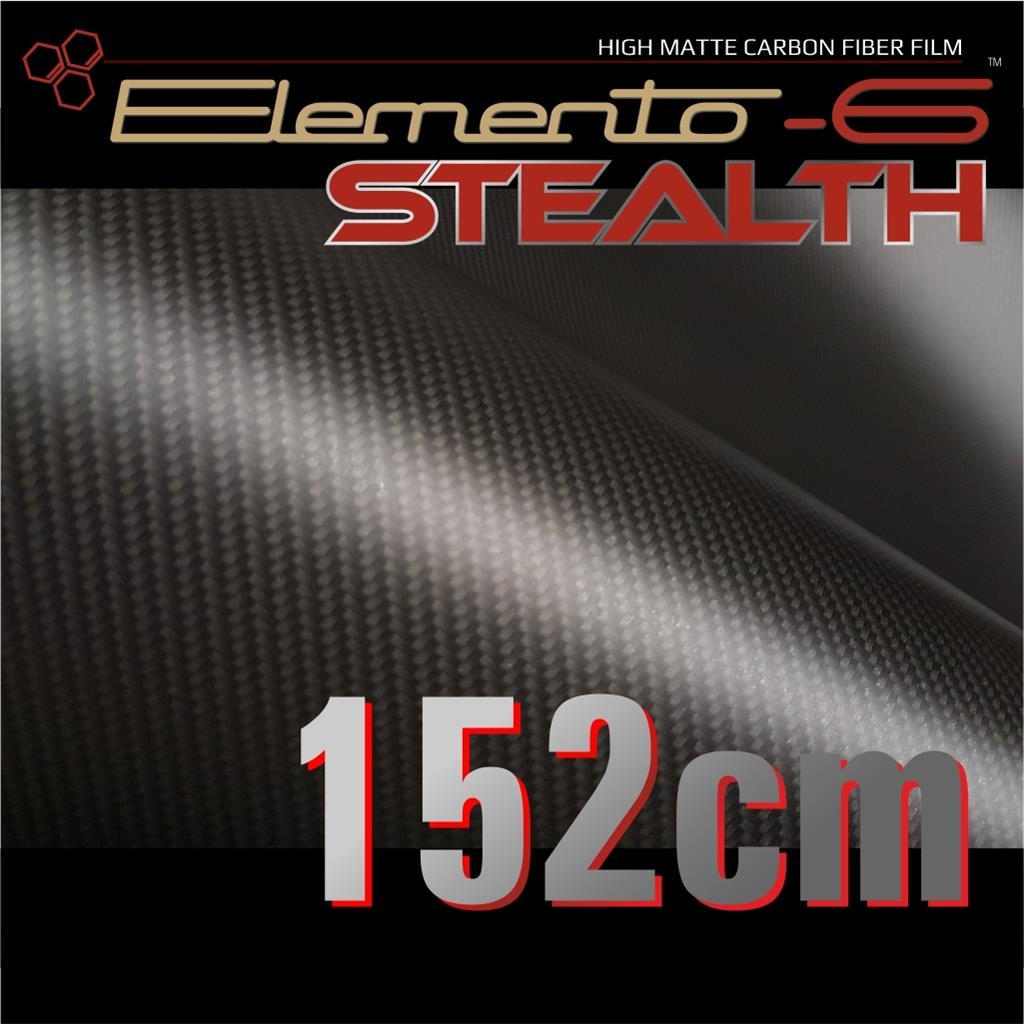 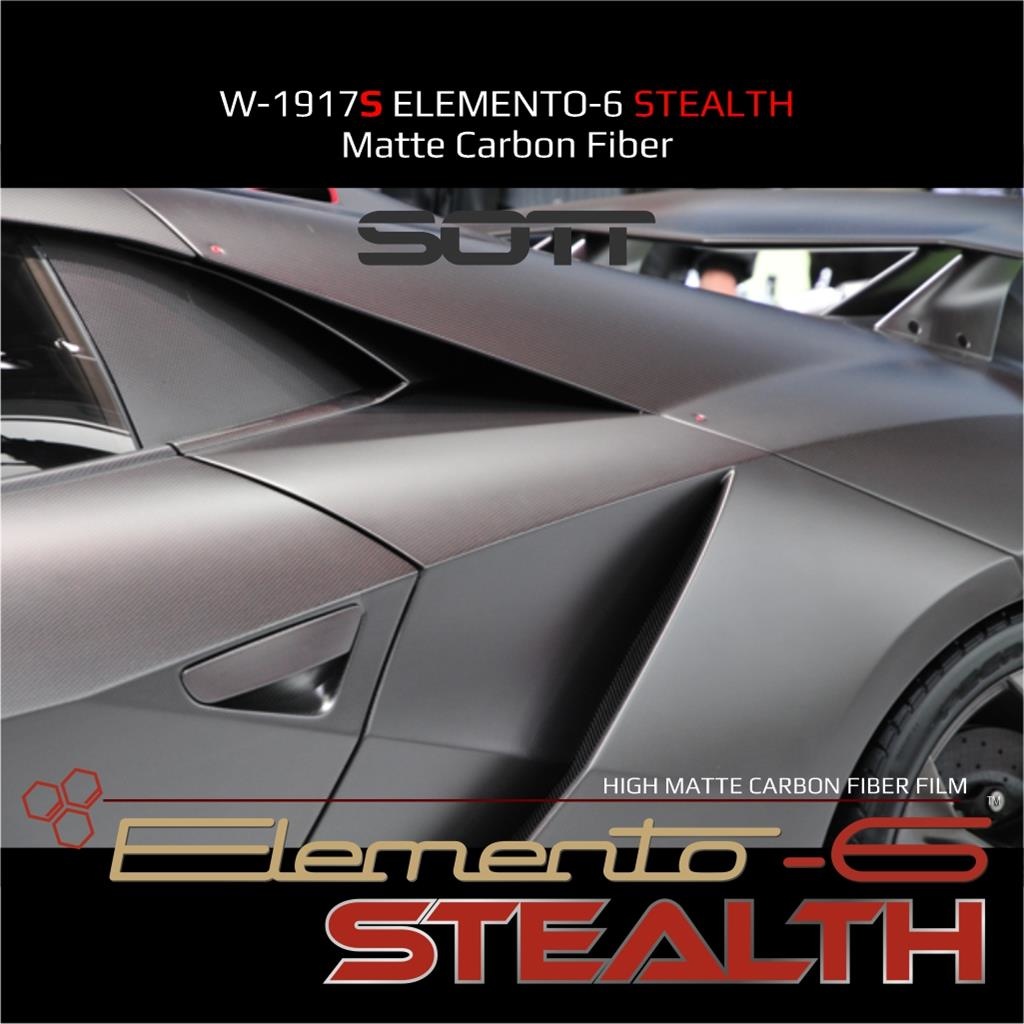 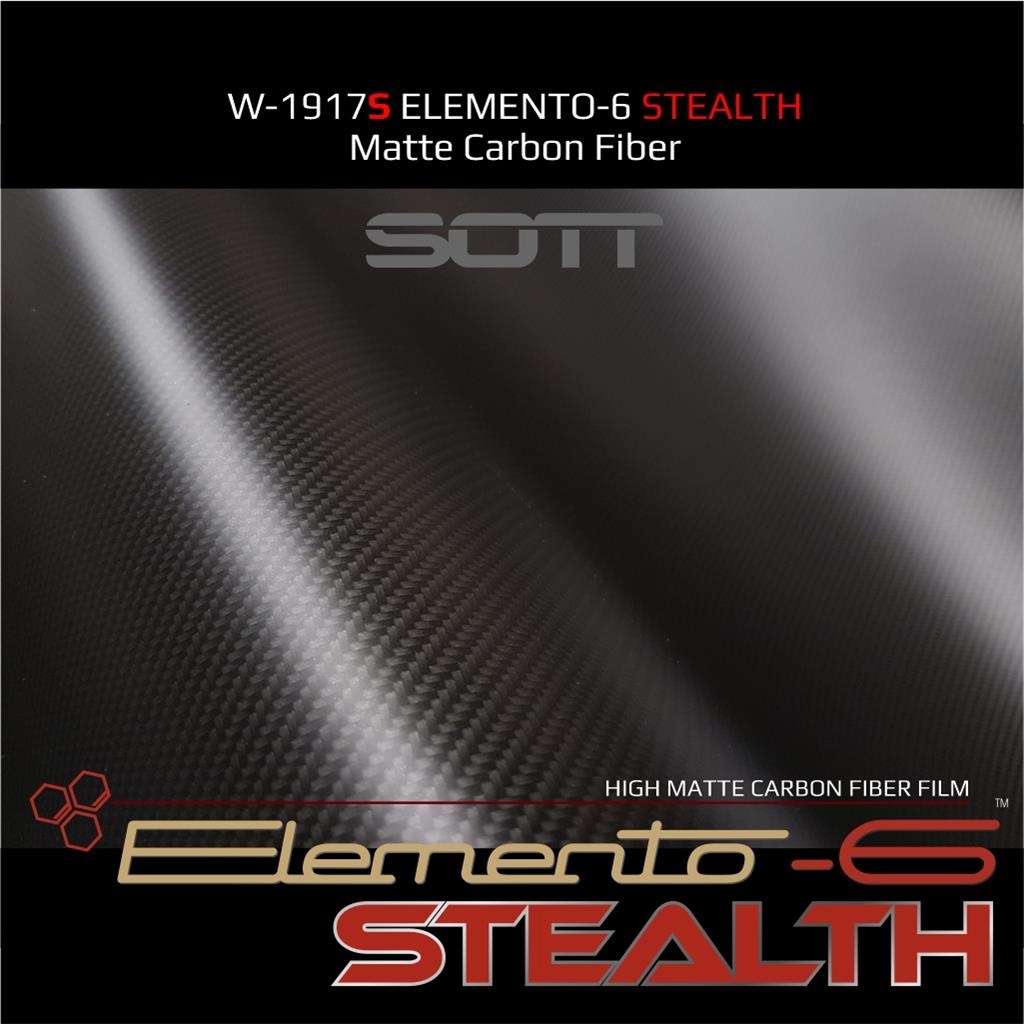 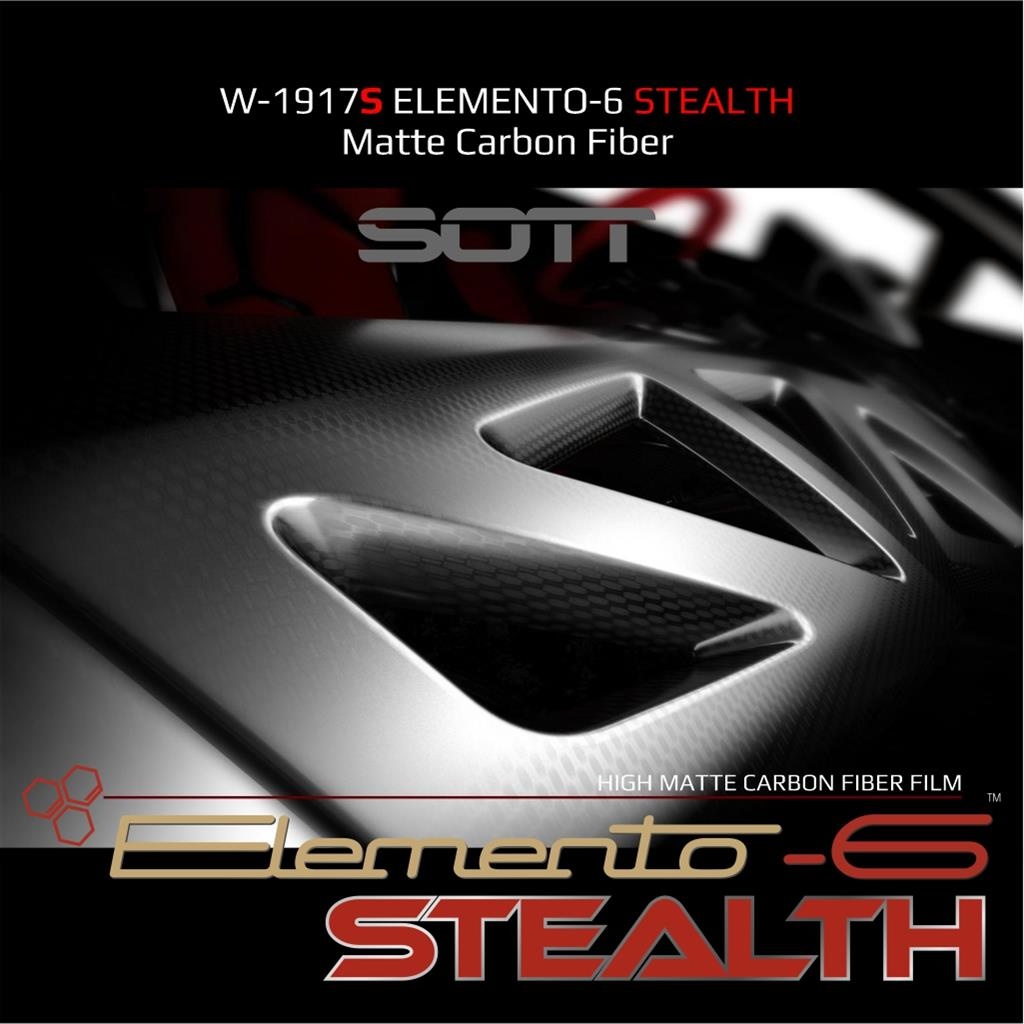 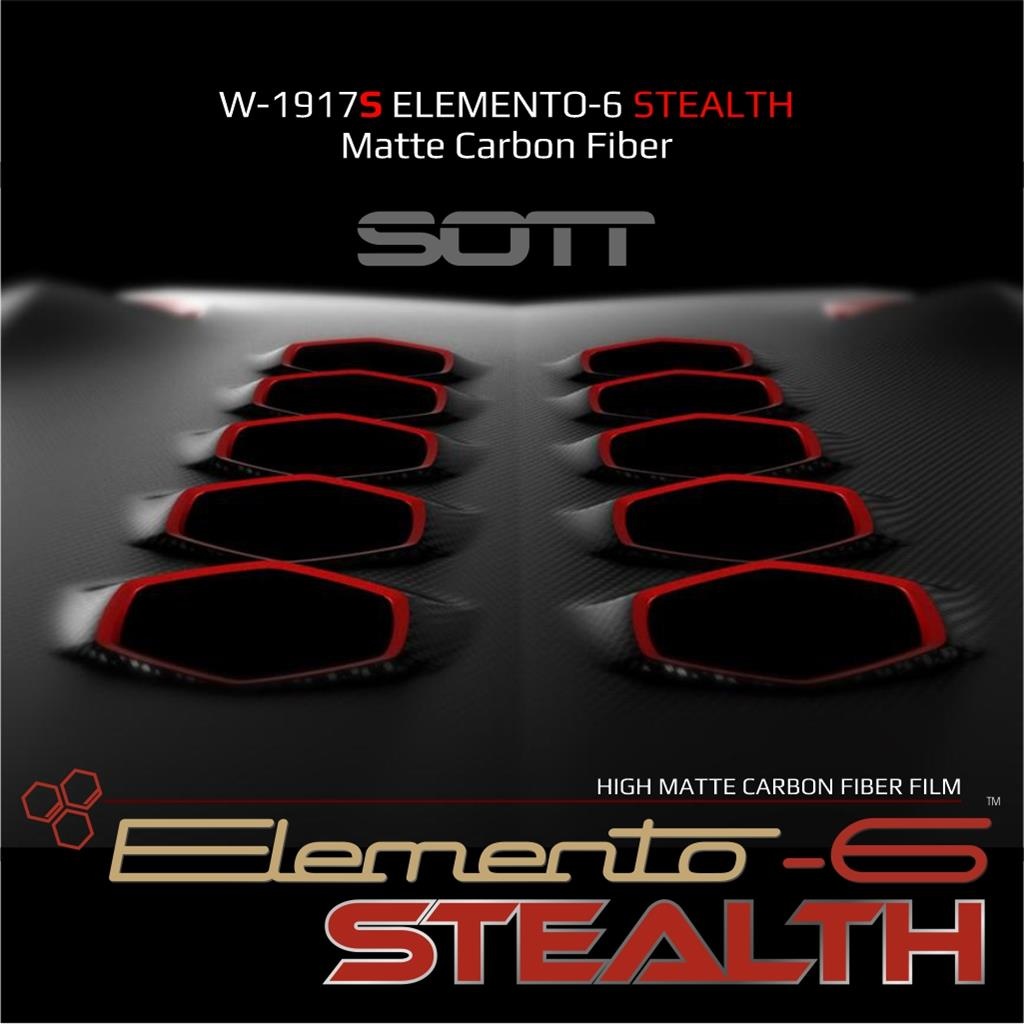 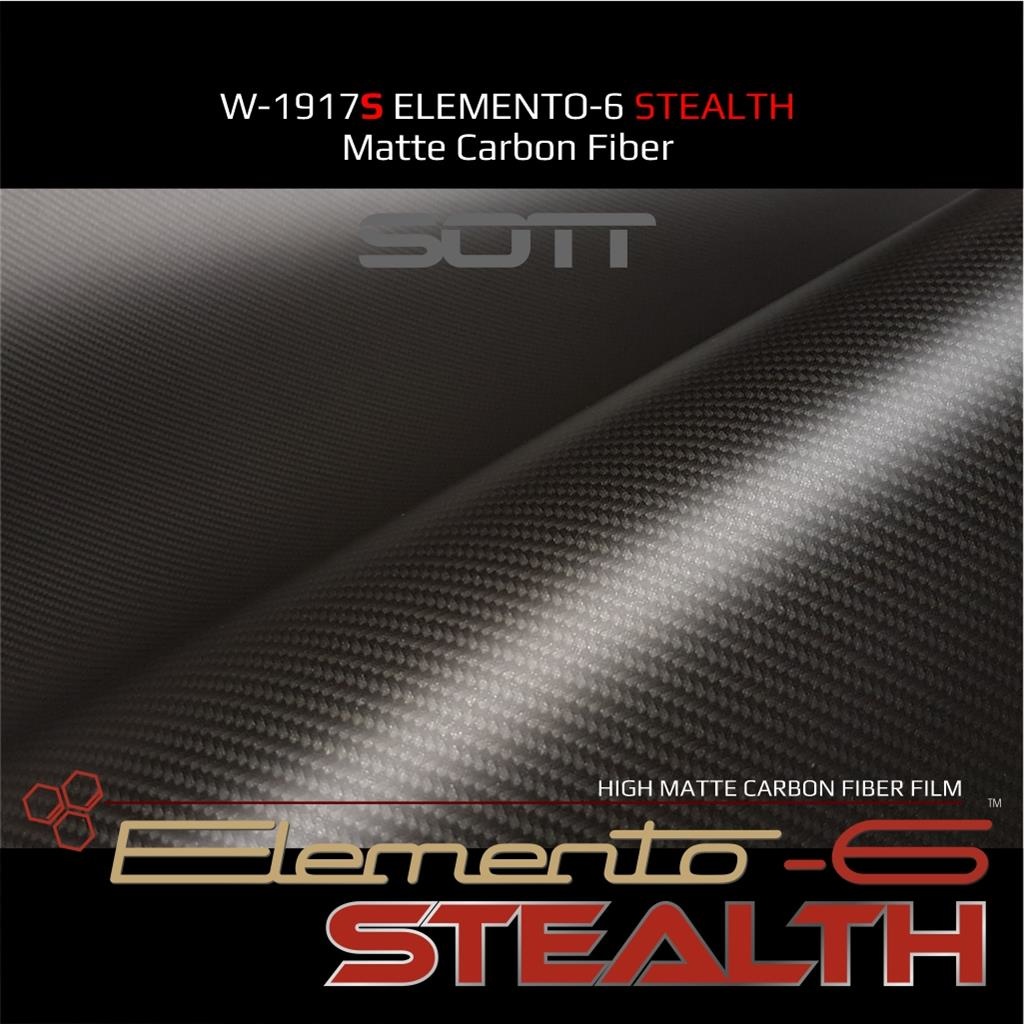 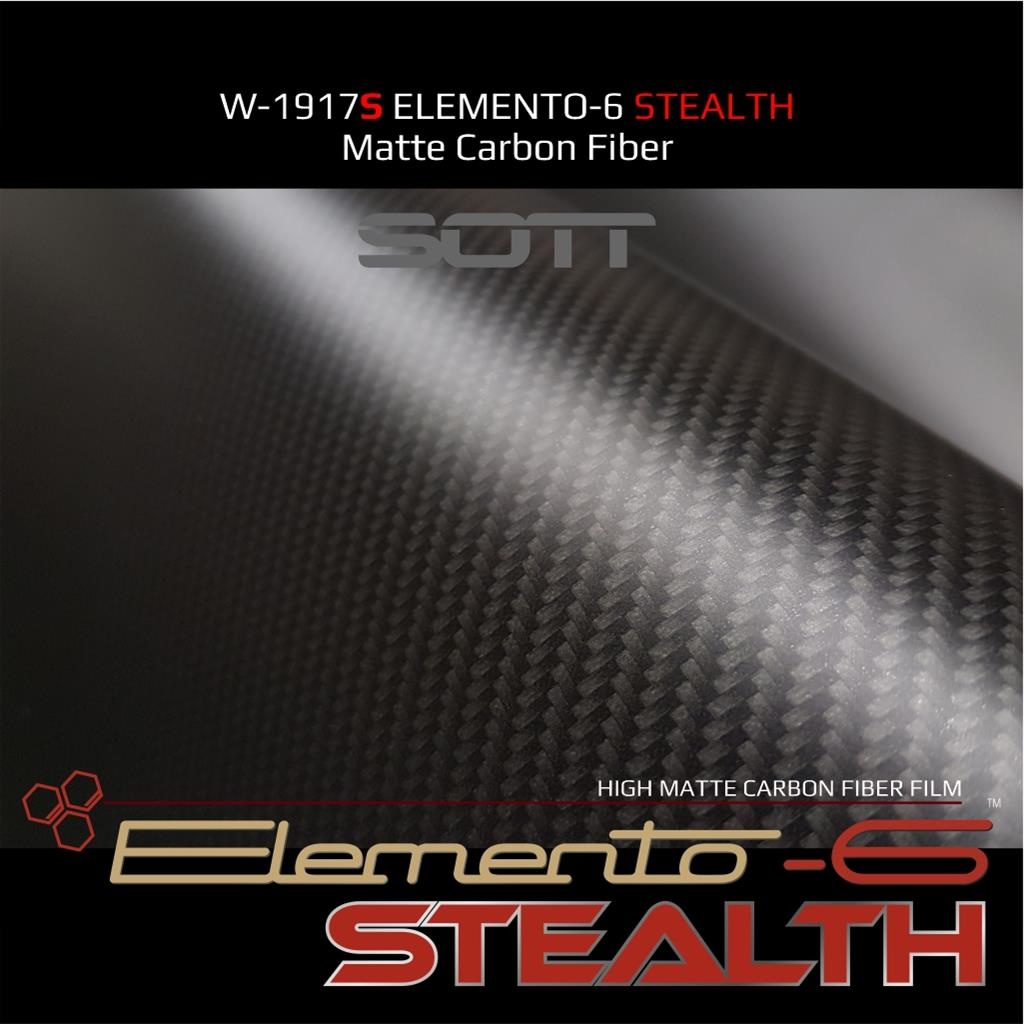 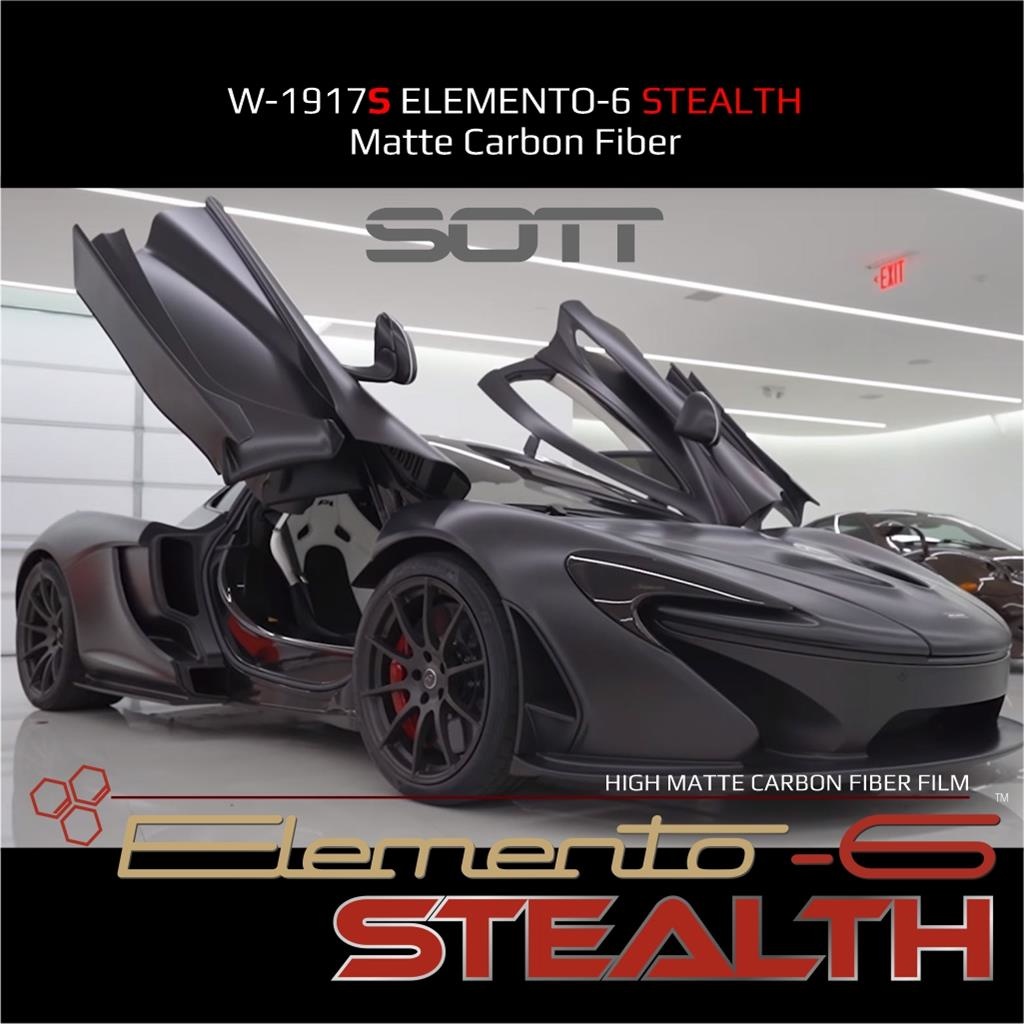 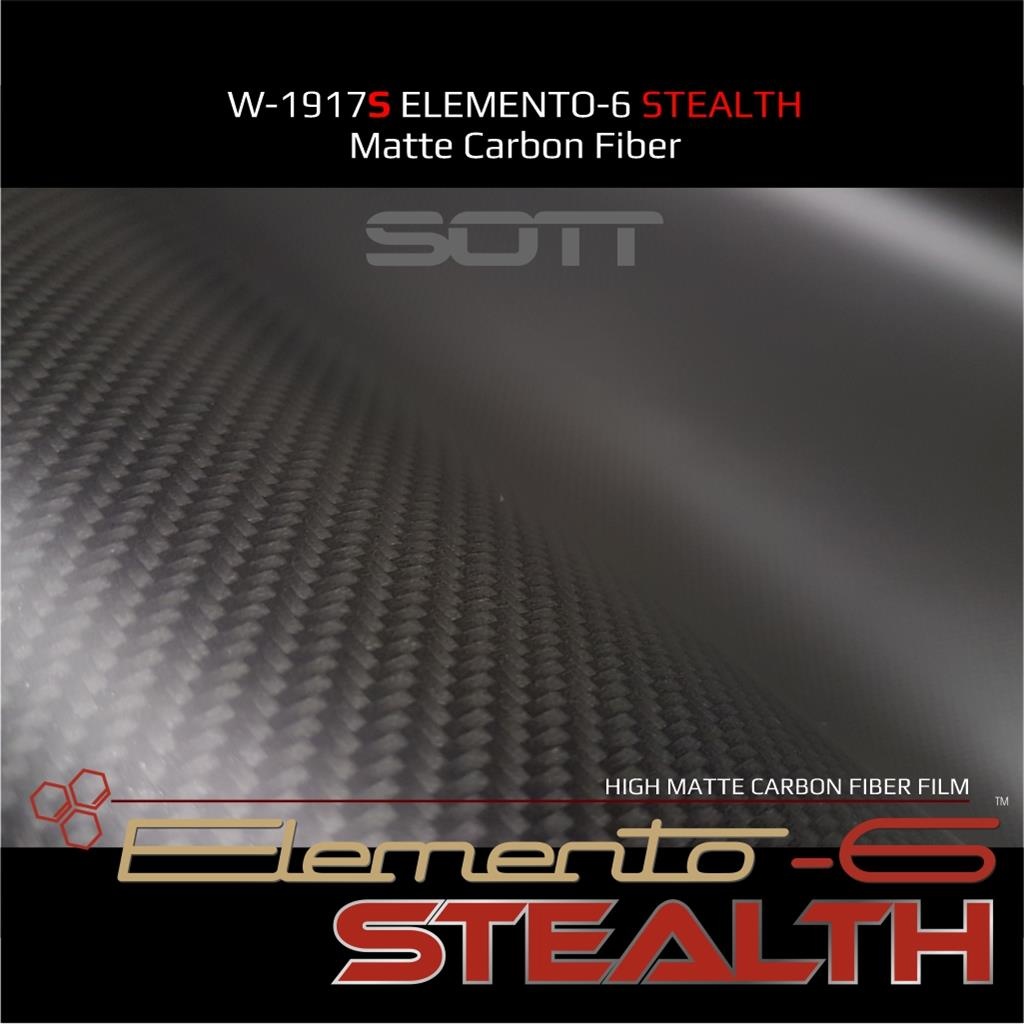 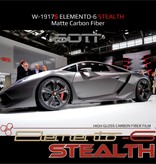 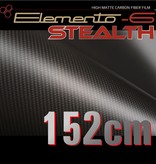 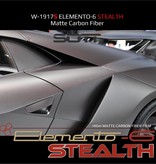 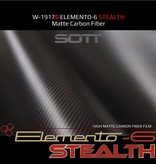 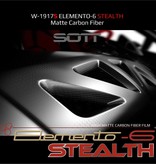 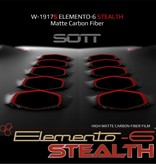 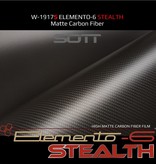 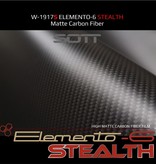 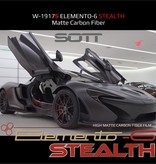 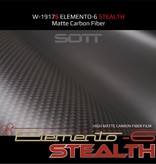 A matte cast carbon look film with the effect of realistic carbon fiber. No tangible 3D structure but a realistic woven pattern that appears to be cast in resin.

This younger brother of the famous high gloss carbon fiber called Elemento-6 has a special matt-satin glow. The sheen of this film is the same as on the real matte carbon as used in supercars like Lamborghini, McLaren and Pagani.

W-1917S STEALTH film is very soft and easy to work over mirrors, bonnets, spoilers, bumpers etc.
The minute air ducts in the adhesive layer ensure trouble-free installation. The film also has a repositionable adhesive layer with low initial tack so large areas such as car roofs and bonnets are easy to wrapped.